LIESTRONG, Lance Armstrong takes the V out of LIVESTRONG

LIESTRONG Lance Armstrong takes the V out of LIVESTRONG. 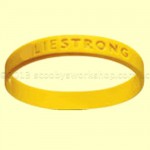 As avid cyclist for three decades, I am angry, very angry – he has tarnished MY favorite sport. I hope the Lance Armstrong spends the rest of his miserable life either in jail or in the courtroom having his pants sued off. What’s next, America’s Cup race boats being used to smuggle cocaine?

I’m really sorry that I lost my 75 Million dollar Nike sponsorship and that I’m not allowed to compete in any sanctioned sporting events.

Wow Lance, that brings tears to my eyes! You have two hours with Oprah to come clean and THAT is your apology?

Perhaps a better apology would have covered these points:

Want to try another apology Lance?  I think Piers Morgan summed up Lance Armstrong perfectly in his tweet –

Lance Armstrong is the most brazen unrepentant cheater the sporting world has ever known. Rules did not apply to Armstrong and it appears that he still doesn’t think they do.

Lance, we spit upon your Nike™ shoes.

previousMan-Girdle
nextVideo Skype with me on YouTube Live broadcast