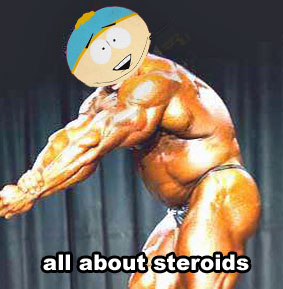 First lets get this out of the way.  Steroids are illegal pretty much in any country where there is internet access so if you are reading this, steroids are probably illegal where you live.  So what are we talking about here?  The words “Steroids”, “PEDs”, “TRT”, and “Pro-hormones” are often used interchangeably when the distinctions are actually rather important.  For a male, the normal range of testosterone is 270-1070 whereas in a woman its like 50-100.  High levels of testosterone make it easier for hard, intense workouts to be rewarded with strength gains and muscle mass gains. By “high levels” I mean 5x-10x the normal range –  stratospheric testosterone levels that would never be reached normally.

Thats a moral question that you have to answer for yourself but in my book, it depends on the situation.  If someone has quietly taken steroids for three years allowing them to gain muscle very rapidly then turns around and starts a YouTube channel selling their $49 eBook “secrets to fast natural gains” then not only are they a cheater in my opinion but the scum of the earth for deceiving people into thinking that they could possibly get steroid gains naturally.   On the other hand,  if its a 320 pound IFBB pro bodybuilder then although it is illegal, even my mother knows that these guys are on steroids and that to even be allowed to compete in the sport you have to do steroids.  So for an IFBB pro, its not cheating, its expected.

As far as it being cheating because you are getting muscle without working for it, that is not the way steroids work.  Perhaps you get a small amount of muscle gain simply from taking the steroids but the idiots who expect this end up with acne-scared skin for life and still look like a DYEL.  Steroids work by allowing people to train harder, longer, and more often without suffering from overtraining.  Two guys training side by side, one on steroids and one not, the steroid user will gain massive amounts of muscle while his natty training partner will *lose* muscle mass from over training.  So steroids are really not cheating in this sense, it just allows users to get results from their excess work.

Signs of Steroid Use

Steroids have the exact opposite problem from supplements. Like all other drugs, steroids are tightly controlled by the FDA and must undergo exhaustive tests to prove that they work and do not cause harm – sounds pretty good, huh?  I wish supplements had the same scrutiny. Once upon a time, steroids were legal but in 1970 the government came out with the Control Substance Act which classified steroids into schedule III making it illegal to possess without a valid prescription.   Doctors can legally prescribe it only under very limited situations and doctors who write too many prescriptions come under very close scrutiny by the DEA so don’t bother asking your doctor for a recreational prescription.  I’m not going to lie to you, steroids DO work, and they work well, otherwise Barry Bonds and Mark McGuire wouldn’t have used them. If you happen to live in a country where steroids are legal then you could do them under the close supervision of a doctor and it would be much safer than using untested, potentially dangerous supplement – and more effective too. Trouble is, in USA and Canada they are quite illegal. Many people make the mistake of thinking of steroids as just another supplement because they are so widely available at school and at the gym. They are not, steroids are illegal. Many gym goers don’t realize this but it IS illegal to posses even small, personal quantities – the jail term for a first time offense is 1 year. Its not just dealers who go to jail!

Assuming you were willing to take the legal risk, you could use a black market product or buy something over the internet but you will most likely end up buying something that not only doesn’t work but can be very dangerous. 90% of steroids sold are counterfeit!  If you lived in a country where steroids are legal then your doctor could prescribe known drugs with known concentrations and purity to avoid health problems and nasty cosmetic side effects but here’s the problem. With black market crud, you have no idea at all what you are taking – its very unlikely its what’s on the label. Because of this you can get some nasty side effects. Its not uncommon for users of black market steroids to get life threatening infections from fake steroids that are not sterile. Of course, everybody overhears at the gym about how THEIR stuff is real – ya right. Remember my motto: Believe nothing you hear and only 50% of what you see with your own eyes. From what I understand, much of the counterfeit stuff today is so professional that only a lab can tell the difference – you are only fooling yourself if you think you can tell by looking at a bottle if its real or not. I’m not going to bore you with the health effects of steroid use, from my experience, people who take steroids are not concerned about the health problems but everyone is concerned about cosmetic side effects. Of course, not all steroids are the same just as all prescription drugs are not the same and you can’t make definitive statements like “All steroids cause …” . The side effects depend on the person’s age, bodyweight, metabolism, the dosage, the drug used and whether it is fake or not – the side effects may be severe or nonexistent. Again, remember that with illegal, black market steroids you have no idea what you are really taking.

Problems with steroid use

In addition to the above listed signs of steroid use, there are other bad things that can happen that are not so visible to the casual observer.

Stunted Growth. When teens take steroids, their vertical growth can stop permanently – even if they cease the steroids. Bone growth stops at puberty and the way the bones know they are at puberty is by all the hormones. If you artificially raise the hormone level by using steroids, the bones think its time to seal their ends and stop growth. This is a proven effect as steroids are often given to children who have undergone organ transplants to prevent organ rejection and these kids growth is stunted by feet (not inches). The question is how much steroid does it take to stop a teens growth?

Mental problems.  Most people do not touch on this but from what I have seen, the health and legal problems of steroids are insignificant when compared to the mental issues.  So many guys tend to just mentally fall apart when they come off their cycles and its not hard to see why.  For 12 weeks they are gods.  They have superhuman strength which gets stronger every single week.  Every week they get noticeably bigger and even formerly baggy shirts become stretched to the ripping point.  For 12 weeks they are invincible … and then its all gone.  Crashed to the pits of nattiness but without functioning testes, so sub-natty.  Every week they are weaker and smaller.  How depressing … and many of them get depressed which is why some users never and go off the steroids or just leave the gym forever.   Everything in life is a risk/benefit analysis.  When you are weighing the risks of steroid use, be sure to be honest with yourself about your mental ability to handle the adverse circumstances you would encounter when going off steroids.

Health problems. Lots of things that can go wrong here but I wont bother to go into too much detail because you have heard it all before. These problems are very dosage dependent and drug dependent. Enlargement of the heart is probably the biggest problem. Although enlarging your heart sounds like a good thing, its very, very bad and is what leads to heart attacks in young bodybuilders. Damaging your kidneys and liver is another relatively common problem as the body works overtime to filter out stuff that it doesnt want. Then there is the problem with natural testosterone production being shut down.

I don’t pretend to be an expert on steroids. My knowledge is second hand from watching experiences of those around me and from reading numerous books by the steroid guru Dan Duchaine, of course those books are now 25 years out of date. Just as a side note, Dan Duchaine died very young as was in jail for many years because of his steroid activities – his guru status came at a steep price. 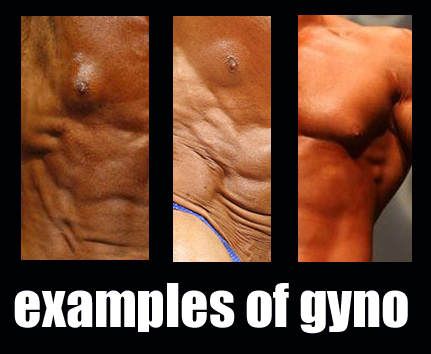