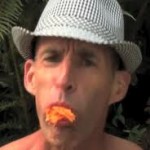 I promote the eating of simple unprocessed or minimally processed foods, not only is it healthy but it results in natural weight reduction without causing any feelings of deprivation – THAT is emotionally healthy!  One of the most common complaints about the meals generated by my custom meal planner for fat loss is that there is too much food! Seriously, people tell me that they cannot stuff themselves with that many vegetables.  Being deprived of food is almost a certain recipe for lifelong emotional scarring.  Back in World War II, the USA did experiments on caloric deprivation on American volunteers and those folks carried the anxiety about being food deprived to their graves.  That is why you will note that anytime I am talking about weight loss, I will say that if you are hungry then you are doing something VERY wrong.  If your nutrition is good while you are lowering your bodyfat then you will not be hungry, and if you are hungry, then you do not understand what good nutrition is!

Many people who lack even basic nutritional knowledge and cannot read a nutritional label or list of ingredients to save their lives need a simpler rule to keep them healthy and thats where the “If it tastes good, spit it out” comes in.  If something you are eating tastes delicious and you do not know the list of ingredients then I can guarantee you with 99% accuracy that it tastes good because its unhealthy and it has no business in your mouth.  It has artificial flavors, loads of salt, loads of highly processed simple carbs, or tons of bad fat.  If you are someone who has eating disorders, do not project your problems onto the 95% of people who are helped by this advice!

As you know, I just did a mens physique contest and my nutrition has been on rails for 8 weeks as is required to do such a contest. About 3 weeks before the contest,  I did a Facebook post saying that our 98 year old friend Helen made Spaghetti pie for us so I was going to have to do another 2 hrs of cardio that day. Someone accused me of being one step away from an eating disorder. To that I say, don’t project your issue on me – I have no eating disorder. Doing a show is like sending a Apollo capsule to the moon and every thruster burn needs to be accounted for, there is no margin for error.  I repeat, if YOU have an eating disorder then you have no business what-so-ever getting your nutritional information from the internet!  For the rest of us, doing a bit of exercise after a large meal is a completely reasonable action.

We have become a nation of whiners who think that we deserve to have every single bite to taste like bacon, nachos, or rich chocolate.

I don’t care how bad your day was or what you think you deserve after “being so good for so long”. One “bad food day” can completely undo three weeks of dieting. There is no “deserve”, there is simply monthly caloric surplus or monthly caloric deficit and one makes you fatter and one makes you leaner. Try to stop thinking of food as a reward, we are not lab monkeys. Think instead about the reward of having a ripped, strong physique! Which do you want? You can’t have them both!