In a world that constantly filled with bad news, its a pleasant surprise to wake up and find that something wonderful has happened. Disney Corporation taken a stand and voluntarily done the right thing by banning the advertising of junk food to kids. With relentless pressure from stockholders to maximize ad revenues and profits, it takes a lot of courage for a company to stand up for its core values and I applaud Disney for blazing this trail. Hopefully others will take Disney’s lead and follow suit.

Its quite funny that just last week I wrote an article on solving obesity in America and my number 2 suggestion was to ban the advertising of junk food to kids. I had no idea that a company as large and influential as Disney might consider doing this voluntarily!

My guess is that fifty years from now that we will look back on 2012 as the year that the trend of ever increasing obesity was stopped, kind of a bold prediction but here is why I am optimistic. The lack of education on the subject of nutrition is one of the main reasons we have an obesity problem and never in my life have I seen so many right things being done on the educational front. Mayor Bloomberg started a national dialog about the problem of sugary beverages with his proposed soda ban. Now Disney is stopping the advertisement of junk food to minors. This might seem like a minor thing to some people but its huge. In a country where we can barely teach our kids reading, writing, and arithmetic we have had to cut other types of curriculum to the bone – health education and physical education has suffered. Since schools are not teaching kids about good nutrition and most of their parents were not taught either, the television fills the educational gap. Nutritional habits are formed very early in life and so by removing the junk food advertisements from kids TV, we can get a new generation off to a good start – without being addicted to sweets.

2012 has been an amazing year for health advocacy. We still have a long way to go to fight obesity though, education is the best place to start. Nutrition classes in school and national ad campaigns on good nutrition. The other part of the obesity equation is to get people to be more active. We can start by insuring that all kids have access to supervised after school sports programs. Most important though is to stop equating automobiles and transportation. Transportation is biking, walking, and public transportation. As soon as we stop using the words transportation and car as synonyms, we will distribute our transportation infrastructure dollars differently. Rather than viewing bike paths and sidewalks as optional recreational expenditures and luxuries we can’t afford, we will realize that they are a very important part of our transportation infrastructure. 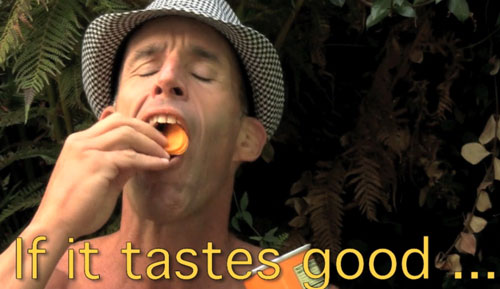