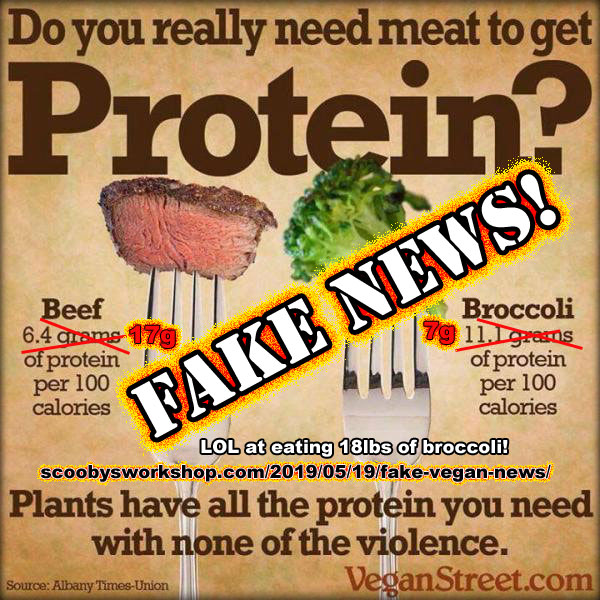 I am really tired of militant vegans making ridiculous stuff up. Nonsense about gorillas being more muscular than steroid using humans even though they eat plants. Nonsense like claiming that Roman gladiators were vegan. Nonsense like saying nuts are a great source of protein for bodybuilders. Then the infographic at the top of this page that sparked off todays video on Fake Vegan News.  The infographic promotes broccoli as a better protein  source than beef for bodybuilders.

Time to call out VeganGains or any other vegan bodybuilder here. If you do a live broadcast where you eat 18 pounds of broccoli and then keep the live broadcast going for two hours afterward to show you don’t die, I will delete my “Fake Vegan News” video from YouTube. ProTip: Call 9-1-1 in advance because you will die without medical attention.