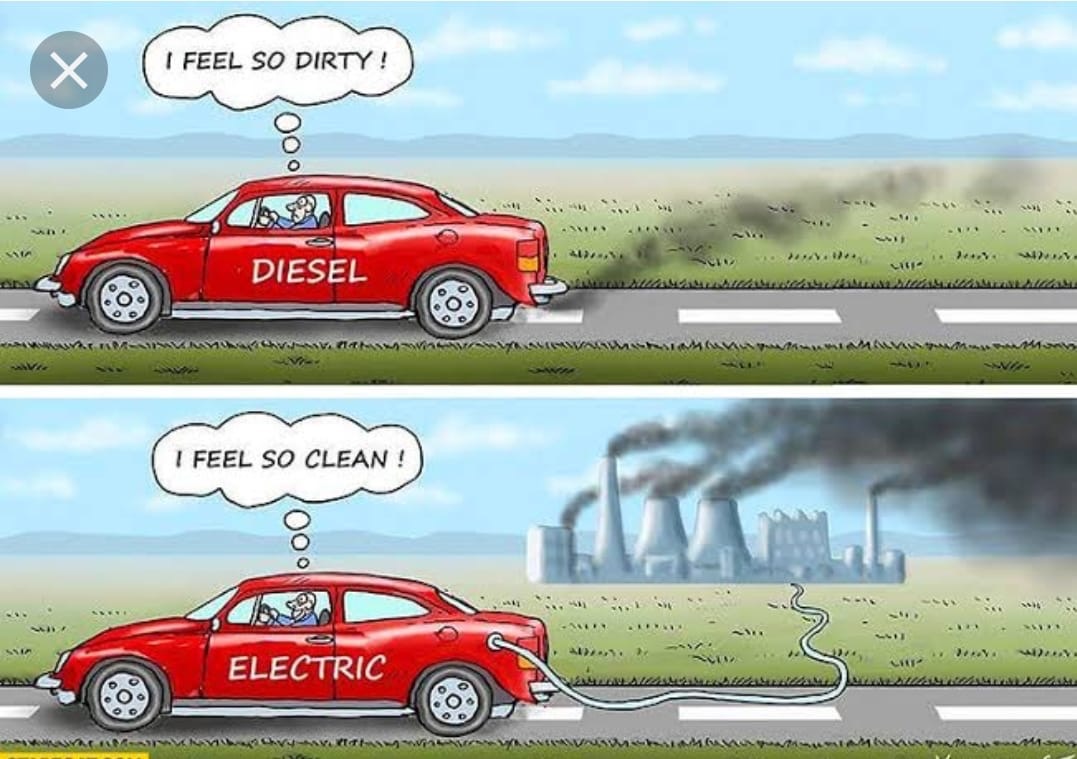 People who don’t exercise, don’t get enough sleep, lead exceedingly stressful lives, and have horrible nutrition often think – “I need to do something for my health, I will take a multivitamin pill daily”. Clearly the pill is doing more harm than good for these people because the pill enables their self-destructive behavior and prevents them from doing what is really necessary to become healthy: exercising and eating right.

Same with electric cars. In my recent post on Facebook saying that a Porsche Boxter S was better than a Tesla Model S for the planet, I clearly stumbled upon a hornets nest. People came out of the woodwork screaming:

“WE HAVE TO DO SOMETHING! ELECTRIC CARS ARE A GOOD FIRST STEP!”

Actually, no. Electric cars are NOT a good first step. Electric cars are like a multivitamin pill, they enable our self-destructive behavior and prevent a real solution. People commuting to work in single occupancy vehicles is the problem. The solution is to provide a safe, fast, and effecient infrastructure so that people can walk, ride bikes, or take public transportation like they do in Europe instead of having their own dedicated vehicle. Its not just about their efficiency, its about how many scoops from the strip mining tractor are required to build that car. To save the planet people need to SHARE their transportation vehicles rather than have their own private vehicle. In other words, the solution is PUBLIC TRANSIT. We need trains, subways, and busses! An average ICE train car has 105 seats and goes provides about 100,000 passenger miles in a day. Compare that to the average car which provides 40 passenger miles a day because the average occupancy of a car is 1.2.

People whine all the time and say that trains are great for Europe but America is too spread out. I buy that argument for some of the middle of America but there is no reason at all why someone living on either of the three densely populated east, west, and gulf coasts of America should need to own a car. For those of you saying we have to do SOMETHING, this is a great place to start – European quality public transit on the coasts where 2/3 of the population lives on 1/25 of the land mass.  This isn’t rocket science, look at the this population density map and connect the dark blue patches.

The story the Tesla salesman tell is that electric cars are more efficient because the power is generated at a power plant rather than an ‘inefficient’ gas engine.

Most coal and gas power plants have an efficiency of 35%. The technology exists to have 60% efficiency but few of these exist. Electricity transmission line losses are 6.8%. Its a little tough to get good numbers on this but the battery and brushless electric motors losses are about 15% and I think I am being generous here because the brushless motors alone seem to only be about 85% efficient.

What this means is that for every 1000BTU of oil burned at the power plant:

Now lets compare this to the “inefficient” gasoline powered car. Modern gas cars have an efficiency of about 35% and diesels about 40%. What this means is that the old school dinosaur burners are 25% more energy efficient than electric cars.

To be fair, we have to take into account the energy that the gas tanker trucks require. The maximum truck weight for interstates is 80,000 pounds total and gas weighs 6lbs/gallon. Gas tanker hold about 9000 gallons (54,000 lbs) the rest of the 80,000 is truck.

The national average for a class 8 diesel is 5.5mpg. Probably safest to assume some hills and lower it to 4mpg because of the max weight I am assuming it is hauling. Lets assume an average distance from refinery to pump of 800 miles, that means 200 of the 9000 gallons is wasted in its transport (2.2%).

“But you can use solar power to charge your electric car!”

I wish I had a dollar for every time I have heard this. I installed panels on our house 7 years ago so I know how much power you can generate when you cover the roof of your house with as many panels as buiding codes allow. Our house is covered with panels, literally as many as the roof legally will hold and we make 30kWh a day in the summer. In peak summer it would take us 3 days to fully charge a Tesla. In winter it would take 9-12 days to charge it. We are in CALIFORNIA which is perfect for solar panels. You cant charge a Tesla from your own panels unless you have a 8,000 square foot house with $100,000 in solar panels.

Secondly, in most of America the electric rates are cheaper at night which is why people charge their electric vehicles at night. You cannot charge your electric car with solar power at night! The one exception is if you are able to store that solar power. There are a few very large pumped water energy storage facilities and if this could be implemented on a large scale, it might be a large part of the solution.

Clearly for highway this is negligible but for city driving, it is a significant benefit. This is the best research I can find on the subject. The problem about regenerative braking is that braking deceleration is typically much larger than gas pedal acceleration. The max power the regenerative braking can generate is limited by the motor size. Also there are limits in how fast that energy can be dumped into the lithium battery without exploding it. The above research paper suggest that “in some situations” 20% could be reclaimed. What is interesting is that its only in congested city driving where regenerative braking has any benefit but its in these densely populated areas where public transit makes the most sense. Just sayin’ :)

There ARE a number of places on the planet where electric vehicles make sense. In places like the pacific northwest of America, almost 100% of the electicity comes from hydroelectric. It definitely makes sense to buy electric vehicles there. If you live in France, 85% of electricity comes from nuclear power plants so there, electric vehicles make sense. There are a number of states in America where wind power provides a huge percentage of the power so those make sense also. If you live in a dark green state on this map, then the power you charge your electric car does not come from buring petroleum products, otherwise, it does.
Here is an interactive map from energy.gov.

The real problem is that people don’t agree what the problem is!

What it comes down to really is what is the definition of what we are trying to solve, if you cant define it, you cant solve it. Is the goal …

A lot of the reason people disagree on this subject is that they dont agree on what problem is being solved. What problem are YOU trying to solve?

What about electric bikes

Great point!  Again, it depends on what problem you are trying to solve but for most of the above points, electric bikes are an awesome alternative to electric cars.  An electric bike weighs 40 pounds compared to a Tesla that weighs 4600 pounds, 100x more.  That means only 1/100th the mining required to provide a person with a single occupancy vehicle.  The amount of energy required to accelerate is proportional to the mass so electric bikes are 100x more efficient in that department.  Since mining for the battery is the most environmentally destructive, lets look at the battery size.  An electric bike has about a 0.6kWh battery compared to a Tesla model S which has an 85kWh battery so the Tesla battery is 140x larger than an electric bike battery.

A 4600 pound (2100kg) single occupancy vehicle is an environmental catastrophe no matter what it is powered by.