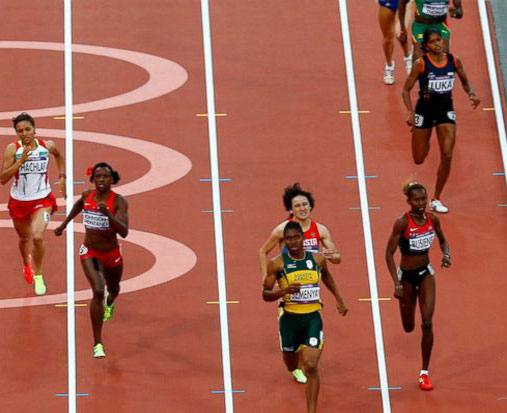 Olympic Insanity Continues! Now genetically gifted women in track and field cannot compete even if they are 100% PED free. First the embarassing commercialization of the Olympics, then the made up sports, the annoying “up close and personals”, the wink-wink acceptance of PED use, and now the banning of people who actually are genetically gifted athletes! Read about the IAAF rules to limit testosterone levels for female runners.

I have done many videos and posts in the past about why the Olympics is a joke but this one surely takes the cake. From the article:

Research over a decade showed 7.1 in every 1,000 elite track and field athletes had elevated testosterone levels — a ratio 140 times greater than the general female population.

Yep, for exactly the same reason that the average height of basketball players is about 18″ taller than that of the general population. People gravitate toward sports that favor the genetic hand of cards they were dealt. Do we put a height limit on basketball players too? Might as well, same as limiting T levels of female track athletes.

Our evidence and data show that testosterone, either naturally produced or artificially inserted into the body, provides significant performance advantages in female athletes

So these women who love track and field, what exactly are they supposed to do in order to compete? Perhaps the Olympics should be limited to average people.

I see three options for the Olympics: