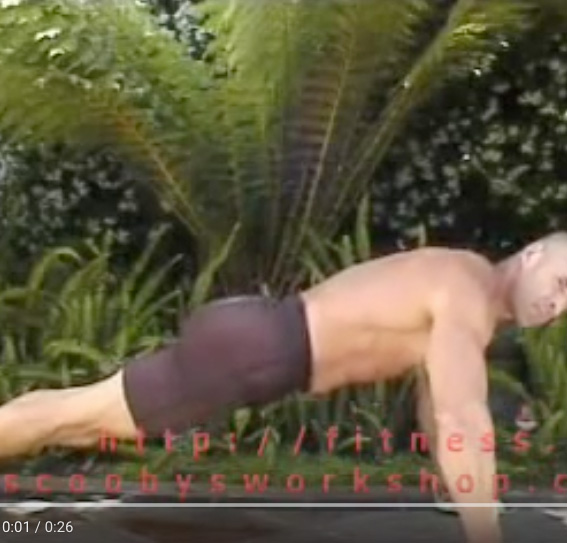 Before YouTube, the only way to put videos on a website was to host the videos yourself. I just put the videos in a folder and linked to them so that people wanting to see how to perform a particular exercise could download it and view it. Even with just 640×480 resolution they took forever to download, not only that I got charged bandwidth charges of about 25 cents for every video that people downloaded. Then along came YouTube and they would host your videos for FREE! Not only that they allowed you to embed them in your website. The best thing of all though was that it showed a thumbnail of the video with a “play button” that you could click to watch the video without having to download the whole thing first! When YouTube started, there was no way to make money. As already mentioned, people like me were just over the moon that we no longer had to PAY for the privilege of giving people free videos :)

Anyway, enough background. The below video is the very first one I uploaded to YouTube and I believe it might be the first fitness video ever uploaded to YouTube. Yes, your speakers are working – there is no narration or sound. None of my first videos had sound because back then, the digital cameras did not record sound.

After uploading about 7 videos to YouTube, I started to see how much more I could do with videos if I included narration. About 2 months after my first video, I posted my first with sound and people really responded. This is the very first “viral” fitness video on YouTube:

If you check my upload history, you will see that I have uploaded a new video every week since Sept of 2006 when I started!

As an aside, not the URL on the video, it is “fitness.scoobyswork.shop”. The reason for this is that my website “scoobysworkshop” was literally about my workshop and the things I made, I viewed the fitness thing as a hobby so didnt bother with a new URL :)