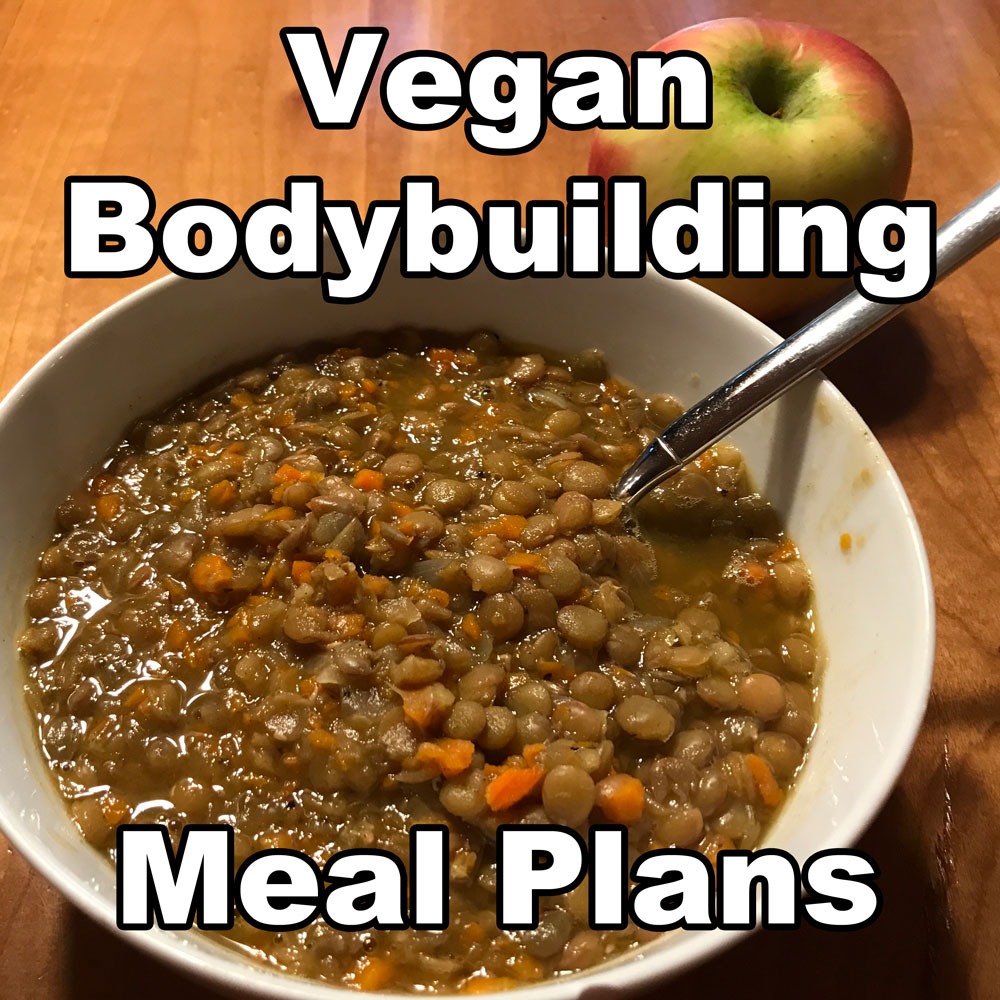 Although there are many vegan meal plans and vegan recipes, the problem for vegans who are active at sports is getting enough protein to gain muscle and get stronger.  McDougall is fine for sedentary people and is great for health but its not appropriate for anyone who is active in weightlifting sports.

Note that CustomMealPlanner is not like other meal planners!  Its not a static recipe book or a macro counter like MyFitnessPal, its a dynamic and intelligent meal planner that creates meal plans optimal for YOU and YOUR metabolic needs.  All recipes are properly portioned for YOU.

In just 61 seconds you can create an optimal bodybuilding vegan meal plan for fat loss and muscle gain – for free!

If you want to look at a sample meal plan before investing 61 seconds of your life creating a free meal plan, here is a four meal, vegan-health meal plan for a 30 year old male who is 6′ tall, 200 pounds and 25% bodyfat whose goal is to lose fat, get healthy, and get fit – this is pretty typical of what people want to do in their New Years Resolutions.  A couple things to note in this meal plan.  First do not be alarmed that the “Muscle Gain” rating is listed as “Very Bad” as this is from a competing bodybuilders perspective.  You will note that this meal plan has 187 grams of plant based protein for a bodyweight of 200 pounds and the protein is from a wide variety of good plant based sources.   This is more than adequate for beginning vegan bodybuilders.   The second thing to notice is that these meal plans are for people who live in the real world and dont have time to cook every night so they rely on batch cooking on weekends. A great example is the third meal which is “pea soup and an apple“, you can make a huge batch of pea soup in under an hour on a weekend , freeze it in portion sized containers, and then just pull out a container in the morning to take for lunch.

If you want to look at a sample meal plan before investing 61 seconds of your life creating a free meal plan, here is a four meal, vegan-bodybuilder meal plan for a 56 year old male who is 6’3″ tall, 56 years old, 223 pounds, and wants to cut at a 25% deficit for Halloween.  This is very similar to what a competing vegan bodybuilder would be doing for contest prep.  Some things to note, again do not be alarmed at the muscle rating of “Acceptable”.  CustomMealPlanner is a very tough grader and “Acceptable” is actually excellent for someone using plant based proteins.  The vegan bodybuilding meal plans use protein powders to up the protein intake like in this vegan protein shake.  For example the sample vegan bodybuilding meal plan for me in my Halloween cut has a whopping 336g of plant protein for a bodyweight of 223 pounds.  Because of various factors relating to this issues with the bio-availability of the protein, it has an estimated 156g of effective protein.  Note also that this meal plan gets its protein from a variety of sources which is even more important with plant based nutrition than it is with animal based nutrition.  This meal plan gets its protein from wheat (gluten), soy, pea, and rice.

NOTE: Do NOT use these sample meal plans!  You can make your OWN, completely FREE, and they will be based on YOUR metabolic rate, not someone else!