Get rich opening a gym! 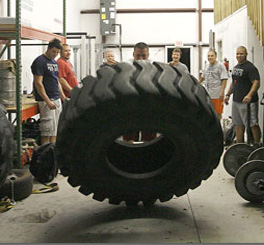 Elliott Hulse has a lot of $197 eBooks he sells telling you how you can make six figure incomes opening gyms but I am going to tell you the secret for free!

Get rich opening a gym!

The way you get rich opening a gym is to sell lots of memberships, pretty simple. The trick though is that prospective members come in after work when they want to workout and if they see the gym is crowded, they will just walk away so the gym cant sell any more memberships. So to make a lot of money is more nuanced. You want to sell a lot of memberships but not have anyone there when prospective members stop in. You do that by creating a culture and environment that attracts people who statistically will not use the gym much, or better yet, will buy a years membership and then only go a few times in January.

Powerlifters and true bodybuilders are hardcore. Even if they are injured, they show up and do what they can. They are there a minimum of 3 times a week and often 5 times a week or every day if they are a competing bodybuilder. This is horrible target demographic for a business because after you sell 100 memberships, the gym is packed after work and you cant sell any more memberships. A hardcore gym like this is a recipe for financial failure – you do NOT want members who want to lift weights!!!!  You will not get rich opening a real gym!

On the other hand, if you go after the stay at home parents who are raising kids, because they feel guilty about their poor health but because of family needs they rarely attend – Kaaa-Ching!  Get rich opening a gym that caters to stay at home parents!

If you promote your year memberships heavily at new years to those who are obese and have failed at weight loss before, statistics say they will fail again and will not attend.  You can even give these people steep discounts on year memberships to entice them because you know they wont last past January.   – Kaaa-Ching! Kaaa-Ching!  Get rich opening a gym that caters to people who have failed at their goals before!

You can also promote your gym to highly paid professionals working 60-80 hours a week with promises of killer physiques to match their A-list lifestyle because those people never end up having time to use their memberships – Kaaa-Ching! Kaaa-Ching!  Get rich opening a gym that caters to over-worked professionals!

It can even be more insidious that that though, you can make tons of money by simply messing with peoples fragile minds. Learn from the chain gyms where the big money is made – the most common reason people join is to lose weight. They might also want to “get fit”, “get toned”, or gain muscle but they will list losing weight as a primary goal. So if you are a bean counter in the back room and want to discourage these people who are trying to lose weight from using their memberships – what could you do? Hmmmm. We know that depression is one of the most common causes of obesity and we also know that willpower is fragile in the best of us. We know that losing weight is VERY hard work and that it takes very little to throw people track and start them back on the downward spiral into depression. How can you make an obese person trying to make themselves leaner, fitter, and healthier plunge into depression so that they don’t come back? The answer is simple and cheap! Just offer free fresh donuts every morning and free pizza every evening!!! Position the food table so that its under a powerful vent so the scent is blown everywhere in the gym. Even the strongest willed will soon be over at the table eating your “zero cholesterol” pizza and your “low fat” donuts. They will last at most a week before they plunge into a binge-fest at home to and give up the gym entirely. Kaaa-Ching! Kaaa-Ching! Kaaa-Ching! Kaaa-Ching!  Get rich opening a gym that offers free donuts and pizza!

The other way you can sell lots of memberships is to injure your members so they cant attend but this has to be done *very* carefully to avoid the lawyers circling over your corporate caracas. All you have to do is come up with a workout program that puts number of reps over form and promotes speed over form. You could do one better and sponsor competitions! You might even call it something trendy like “Cross-Injury” Kaaa-Ching!  Get rich opening a gym that injures its members!

Even easier way to get rich!

You can get rich opening a gym is a LOT of hard work – there is an EASIER way!  Do what Elliott Hulse at hulsestrength.com has done and simply sell $97 eBooks telling people how they can get rich opening gyms!!!!  You just sit back and let the royalties pour in while others do the work for you!

Again, although people like Elliott Hulse will charge you $97 for his eBooks that tell you the above tips, I am giving it to you for FREE!  Do me a favor, after you have opened your slimball-gym and are making hundreds of thousands of dollars a year, please come back to me and donate $97 to me for putting you on the road to riches!

previousAsk me and my husband of 15 years anything – bodybuilding, relationships, whatever.
nextAmazing fat loss and health improvement success stories!