The Kettler Carlo Spring Rocker Chair is defective and when it breaks, can send the unsuspecting relaxed person flying backward to crack their head open on whatever is behind them. This could literally kill someone if they were to land on something hard or sharp behind them. 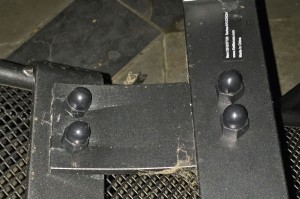 The leaf spring that provides the rocking motion in this Kettler Carlo Spring Rocker Chair is defective and in our case, after about 12 months of use, developed two cracks in each leaf spring. Fortunately we discovered this before it completely broke off the base and caused an accident. What makes this defect even more dangerous is that it is not visible to the casual inspection because the excellent, durable and flexible paint used by Kettler hides the crack unless you turn the chair upside down and flex the chair with the same force that a seated person would apply.

We have not abused these chairs and have only used them normally, to sit in. We are not overweight either, the heaviest person to ever use these chairs weighs 220 pounds.

This is the chair that is defective.  We bought four chairs, two of them developed the problem within the same month, we suspect the other two will soon follow. 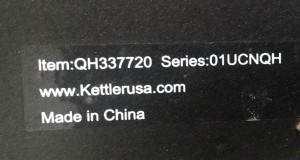 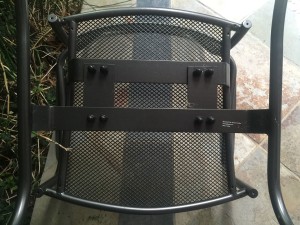 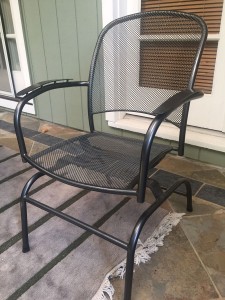 I have to say, for a serious safety issue like this, I am completely shocked how business-as-usual both Kettler and Patio World are treating this.  They sent out a factory rep who took pictures of the failed and failing chairs so both companies are aware of the defective product.  The astounding thing is that they have made no effort to recall the dangerously defective Carlo Spring Rocker Chairs and that they continue to sell them as well.  Someone is going to die and they don’t seem to care.  Anyway, we got our replacement chairs today.  We lost all faith in the safety of these rocker chairs so they agreed to replace ours with the fixed version which is substantially cheaper.  We will see if they ever return us the price difference between the chairs as they agreed to.

Out of curiousity, I just googled to see if anyone else had experienced safety issues with Kettler chairs and was surprised to find why Kettler chairs quickly and mysteriously disappeared from Starbucks: