Jeff Seid Monetizes His Fans, OK, that’s a euphemism – Jeff Seid sold out.   Between Facebook and YouTube Jeff Seid has about 2 million fans and he has found an easy way to profit from them: 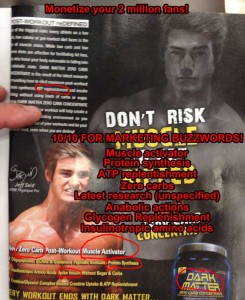 “So what?” you say, its a time honored tradition and everybody does it.  Every bodybuilder since Eugene Sandow has profited from their fans by promoting products that have nothing to do with their success.  The Joe Weider empire perfected the technique and most pro bodybuilders since Arnold Schwarzenegger have juiced to the gills with steroids then pretended they owed their success to some lame supplement they had never used in order to get their millions of fans to buy them.  Jeff, have you even read the Dark Matter ads???  I am putting them in my fitness hall of shame right now.  Their ridiculous claims are just astounding and their “marketing buzzword bingo” beyond compare:

Dark Matter gets 10/10 for marketing buzzwords!

Jeff, fire your manager.  You are going to have to live with decisions that your manager has made for the rest of your life, not him.  Because of you, thousands of kids who worship the ground you walk on and cant even afford to enroll in the local junior college are going to waste their hard earned money on this “Dark Matter” garbage.  Is that something you want on your conscience?  If you are going to promote a product, at least make sure its something of quality that you can  speak of proudly. 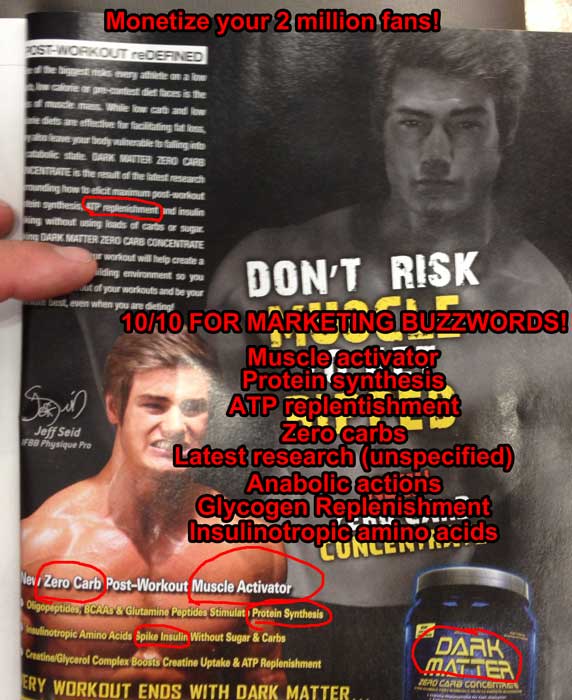 IS EATING CLEAN TOO DIFFICULT? Click here to find about muscle activator with anabolic actions that replenishes ATP for optimal protein synthesis by spiking insulin and insulinotropic amino acids while replenishing glycogen with zero calories!!!

We all know Jeff Seid didnt use Dark Matter to get ripped, he was BORN that way! 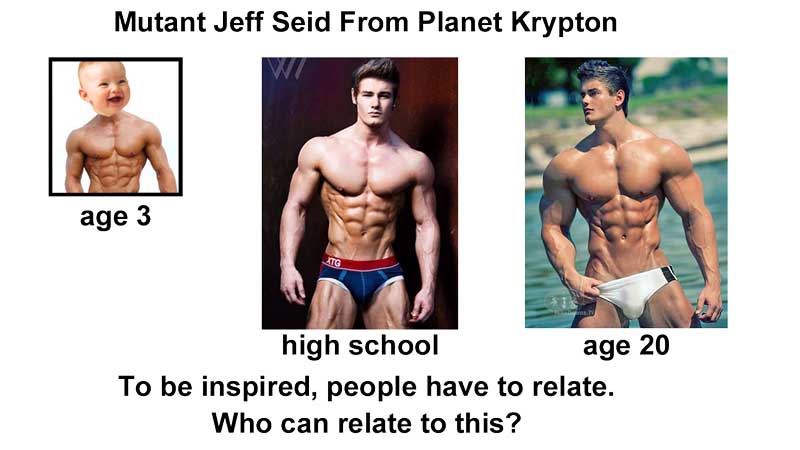