Please Vote, It Does Make A Difference

So im running out the door to catch a plane to head out on my two week bike tour and Im frantically looking thru my 8″ high box of mail from the last month to find my absentee ballot. I dump it out and spread it around in a panic to find the ballot, success! Run out the front door and race to the airport. I knew Id have a chance to vote while flying to DFW and then put it in the mail there before leaving the country. In DFW, I race around to find a stamp and mailbox, my OJ Simpson airport act. Success! (picture is of my ballot!)

Why did I go to all that stress and trouble to vote? Because my vote matters! People are cynical sometimes to cover up laziness and cover the fact that they didnt bother to inform themselves about the election. With local and state elections and measures, you have a very important role and you DO make a huge difference. Often these elections are really, really close and the election can be turned by a few hundred votes.

So if you are cynical and dont think your presidential vote matters, you are kinda right. The president is powerless in many matters and in some cases it wouldnt matter if it were Obama or Romney in the Oval Office; however, the president DOES make those all important supreme court nominations. So think of it this way, you are not voting for Romney or Obama, you are voting for concervative or liberal judges on the supreme court. If you think of it in those terms, your vote is incredibly important!!

Inform yourself about local issues and … 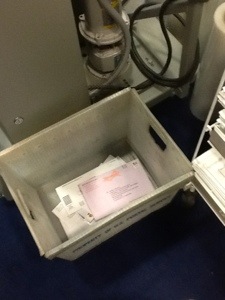