Packed on 10lbs of muscle in 5 months! 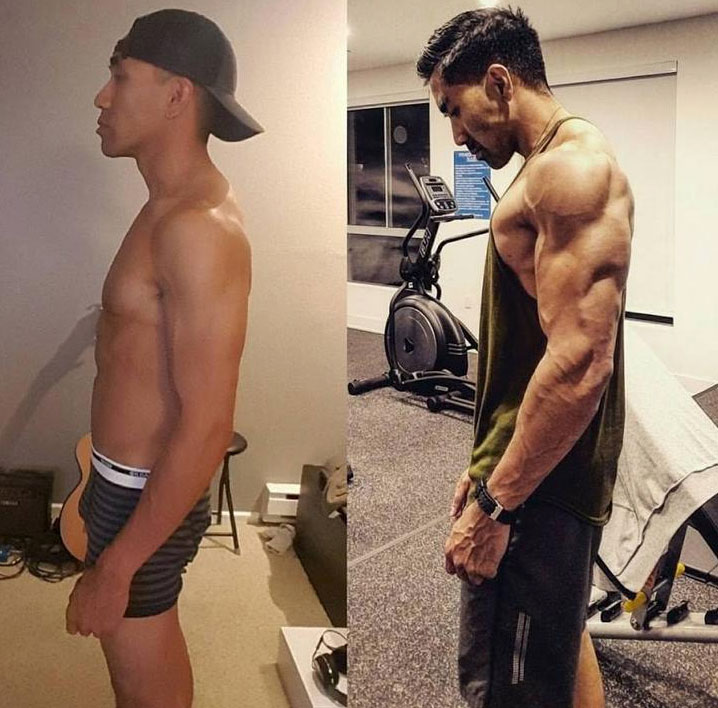 I tried it out reddit 6 years ago and was not impressed and thought I would try it out again for a week. I have to admit, my first impression this week is not very favorable. For example this post:

packed on 10 pounds of muscle in 5 months.

Someone doing a 5 day split claiming 10 pounds of muscle gain as documented by poorly lit unflexed before pictures and stunning after pictures taken in perfect down lighting. My four comments are:

Its exactly this kind of poppycock in this “10 pounds in 5 months” post that causes people to have wildly unrealistic expectations of what is possible and what is normal naturally. It demoralizes them and crushes their self-esteem when in fact they are completely normal in their physical prowess and ability to gain muscle. No wonder so many people incorrectly label themselves as “hardgainers” quickly resort to both legal and illegal supplements. Please, stop the fairytales!!!

In this “success story” we have neither good data documenting the amount of muscle gain , if any, nor do we have good before and after photos in similar light with similar posts from which to compare.  Has nobody on reddit seen the below video where Pete takes an incredible ‘before’ and ‘after’ photos just 5 hours apart and has even better ‘results’ than this reddit author does??

Reddit readers, be critical thinkers or you will get snowed!

The funny thing is that I was banned with the “natty police” rule – meaning calling someone out for PED use. Below is my post, look at it yourself. I never said that the OP used PEDs because I do not believe it. I believe he gained a pound or two best in the 5 months and achieved the rest of his “amazing results” from photographic tricks and sloppy record keeping – you don’t need PEDs for this, watch the above video from FuriousPete. 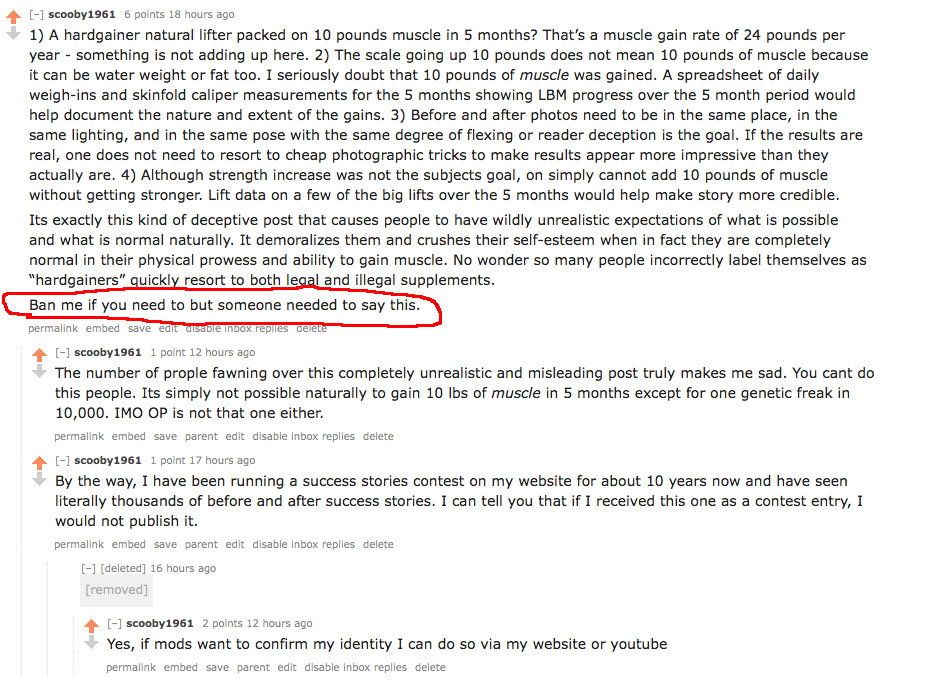 The importance of before/after success stories.

Why am I making such a big deal about this?  Because accurate and honest success stories are VERY important, not only to the person with the success but for the thousands of people who view them.  I more than anyone understand this and its why I have one of the most long running success stories program on the internet.

I have looked at more before/after success stories than anyone and I have become very attuned to what an honest success story looks like.  So, why exactly am I making such a big thing about this?  Why not just let OP brag about “Packing on 10lbs of muscle in 5 months” if it makes him feel better to brag and exaggerate?  Because it hurts people! More than that, this can easily lead to depression and suicide.  We have an epidemic of teen suicide on our hands.  Teen girls think that they have to be size 0 to be popular and happy.  Teen guys think they have to look like a comic book He-Man. 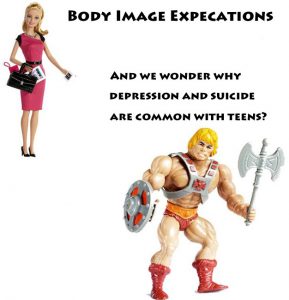 Exaggerated muscle gain claims cause teen guys to feel like they are “losers” because they cannot hope to achieve the fake results like this author posted.  Trust me, I know about self-esteem and self-confidence.  I was one of those people in high school who spent every waking minute dreading the moment when it was time to go to PE Class (gym).  When teams were chosen in P.E. Class, I was always the last one chosen without exception and it didnt matter the sport.  Fortunately I didnt have people lying to me about what was possible, I just loved to exercise – teens these days are not so fortunate.  On reddit they are pelted with exaggerated “success” stories like this where any questioning of the persons actual gains is not allowed.  There are all the supplement ads that tout amazing before-after fake-natty results.  There are all kinds of $97 eBooks using photoshopped or fake-natties to promote their sales.  Who suffers with all this deception about what kind of muscle gain is possible naturally? Gullible teen guys.  Let me prove this point.  Choose 10 guys at random at school or at the gym and ask them if they are hardgainers or not.  What you will find is that 90% will say they are hardgainers, aka “losers” with low self-esteem.  If 90% of guys are “hardgainers” then that means they are AVERAGE and not hardgainers.  It means that EVERYONE is a hardgainer.  I have been saying this for two decades now, gaining muscle is a very slow and difficult process and there are no natty shortcuts – I dont care what the advertisers say.

Bullying is horrible and I am glad it has come to the forefront lately and there have been laws passed about cyber-bullying – this is awesome.  Suicide from bullying is tragic and the few cases of it always grab headlines.  What we are facing is something far worse though because it affects tens of millions of teens.  The worst part about it is that it does not grab headlines and remains invisible. We know that there are a lot of depressed teens.  We know that many of these depressed teens commit suicide because mental health care is unaffordable to virtually all but the top 5%.   How many teen guys are depressed because of body-image issues caused by these unrealistic muscle gain expectations is unclear but what is clear is that its a huge issue.  Although reddit is to be commended in preventing cyber-bullying, in my view they have caused a far worse problem by encouraging exaggeration in success stories and banning those who question the “success”.

What should be done?

In my opinion reddit needs to clamp down on stories like this.  If people want to post photos for bragging rights and to show off their gains, thats great, no problem.  On the other hand, if people make *specific* claims, they should be held to a much higher standard.  For example “packed on 10lbs muscle in 5 months“.  This kind of claim needs to adhere to much higher standards to prevent thousands of viewers from plunging into depression because they cant do this as well. As mentioned in the first paragraph, some simple rules would fix this: 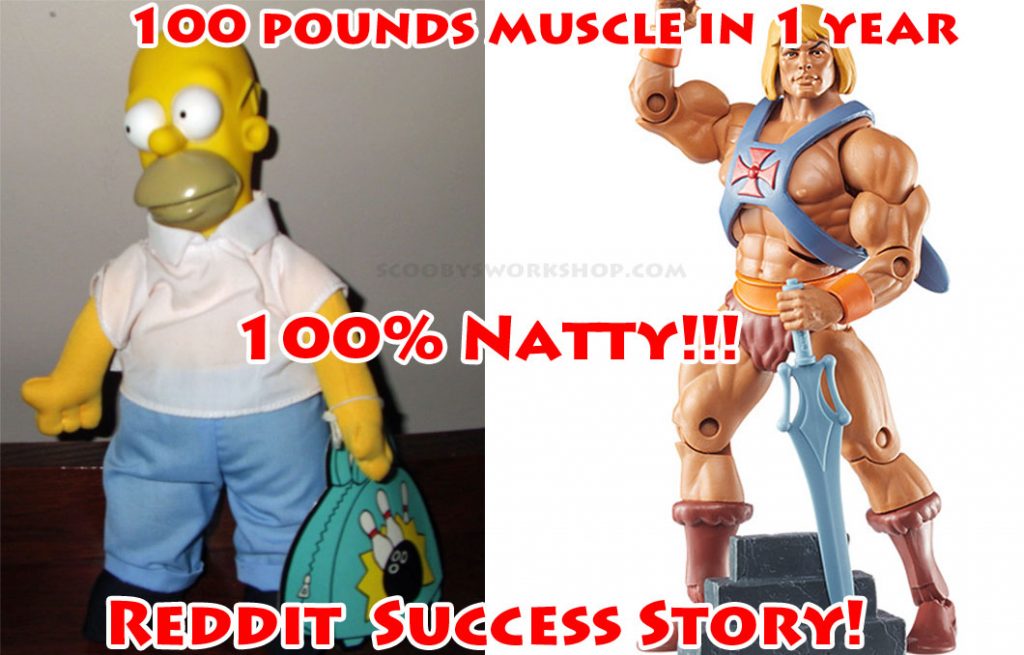