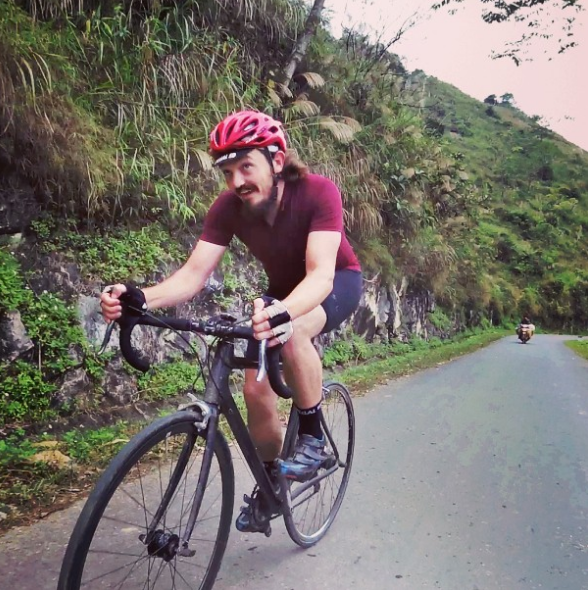 RIP the inspirational endurance cyclist Mike Hall who made my bike treks look like walks to the mailbox.  He pushed the limits of what cyclists thought possible.  What makes his death hit particularly close to home for me is the fact that he was killed in Canberra a week after which about 40 miles from where I filmed the below bike safety video a week before his death.

Do not let this tragic death deter you from biking, everything in life has risks and rewards, and in my opinion the rewards dwarf the risks.  You have to stack the deck in your favor though so PLEASE use a rearview mirror and ALWAYS know what is going on behind you.  Its the car behind you that will kill you.

There will be people who will point to Mike Hall’s tragic death as why they refuse to ride a bike.  This is not what Mike would have wanted and its completely ridiculous.  For anyone who uses the biking death of a friend/family/acquaintance as an excuse not to bike let me ask you this.  Did you stop eating fast food when your dad died of obesity?  Did you stop flying after 9/11?  Did you stop driving when someone died in a car crash in your town?  You get the picture.  Everything in life has risks and benefits.

The risks of biking can be easily minimized by biking defensively and that means bright lights even during the day, a rear view mirror to keep an eye on what is going on behind you, nothing in your ears to prevent hearing traffic, constant situational awareness, and the knowledge that cars do not always obey the law so assuming that a green light means you can pass thru an intersection might be fine in a two ton car with airbags but its not prudent on a bike.