That leads me to one of the most overlooked and under-rated protein sources around: nonfat greek yogurt (USA and Europe) and nonfat Quark (Europe).

Why are these so awesome?  First, they are nearly as protein dense as protein powder itself without having to go thru a factory – just old fashioned yogurt making that as been around for ages.  This organic greek yogurt available at costco is 71% protein by calories which is nearly as good as the protein powders which are 90%-95% protein.   Nonfat greek yogurt not only tastes incredibly creamy and good, its cheap as well!  How cheap?  Well, lets take the highest end organic product and compare it to my #1 organic protein powder choice on this page:  Top 5 Best Protein Powders.

Of course, if you want to compare non-organic versions they will both be cheaper but the point is that you can get the same amount of protein in a much more natural state for the same dang price.

How important is organic?  Depends.  If you live in Europe, not so important as the laws governing how much pesticides can be in your foods are a lot stricter.  Cows concentrate all the pesticides from the grain that they eat and pass that on thru their milk and meat.  If you are in the USA with its laxer pesticide regulations then its quite important to go organic if you can .. in my opinion.  Places like costco make organic affordable – check them out!

Why nonfat?  IIFYM, eat whatever you want!  For me, I need a lot of protein with only a few calories.  Dairy fat is not the fat I want to consume.  I would much rather have my fat be from chia, flax, or nuts personally but make your own choice. 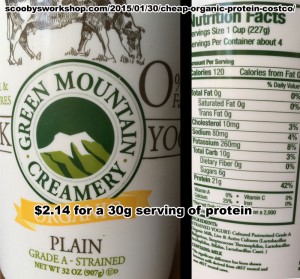 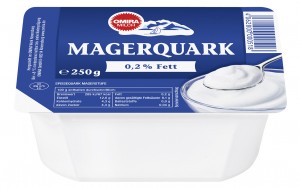