I’ll keep this short and sweet.  There are very few people who have done more for science than Leonard Nimoy.  He probably has gotten more people interested in science than Albert Einstein, Bill Nye, and Apollo program combined.  I remember in 7th grade, I joined the “Star Trek Club”.  It was 1974 and there were only 4 of us in the club.  A bunch of geeks and nerds and Spock was our hero.  We would get together and discuss the scientific implications of each show … as much as 7th graders can, but it really sparked our interest.   This is back before VHS tapes or any other recording media was around and I would record the audio on my reel to reel tape recorder so I could listen to them in case I missed a single important word.  Anyway, is hard to point to any one thing that made me love science but I can tell you that the science officer on the USS Enterprise had a significant impact in this respect.  Positive role models go a long way!  Then of course, he narrated science and nature documentaries for decades after his Star Trek run which were just feathers in his cap as far as I was concerned.

Anyway, thank you Leonard Nimoy for starting me in my lifelong love of science. 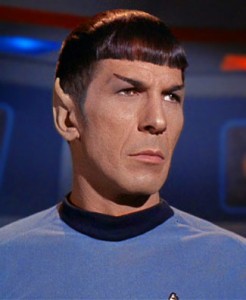