Many people want to know the fastest way to lose fat, this video tells you how and tells you exactly how much and what to eat. There are two meal plan options – low carb and low fat. No guesswork, just follow the meal plan.

Many make the mistake of eating to little while dieting and thinking that the more the sacrifice, the better the result – wrong!. Most people can’t take it and end up binging before they reach their goal and give up. The “successful” ones who maintain their extreme diets may lose more “weight” than those on my two plans here but that is because they are losing lots of muscle along with the fat. Who wants to lose muscle that took years to pack on? My two fat loss plans here let you lose fat at the maximum possible rate without losing muscle.

Many of you will notice that both the fat loss plans here use a 25% caloric deficit and that seems out of line with my previous recommendations where I suggest people use a 10% caloric restriction. The difference is the goal. In my opinion, gradual weight loss is best for beginners and intermediate bodybuilders because they can continue to gain muscle and strength while gradually lowering their bodyfat ,,, and binging is less likely.

Many people are in a hurry though and want to lose fat at the maximum possible rate without losing muscle – for example, bodybuilders cutting for a contest or a model cutting for a photo shoot. Over the last three decades I have found these two fat loss plans to be optimal – the maximal caloric restriction possible without burning away muscle. Its not just the calories but its the quality of the calories in these plans that makes them work so well. Both these plans have plenty of protein, complex carbs, and fiber. I personally did the low fat plan for three weeks and was never, ever hungry.

Interesting side note, Im in China biking and facebook is blocked as well as YouTube. To post this I had to ssh into a US server and work from there. 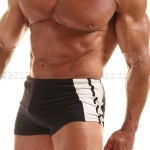