Amateur Night. Thats what I call New Years Eve. As you might guess, You most likely will not see me out at the clubs tomorrow night ringing in the new year. In my opinion, its the most over-rated “holiday” of all time. Its a night when people who normally dont go out and dont know their limits head out to whoop it up and get really messy – some with drugs and others with alcohol. Some just get a hang over, some throw up, but a very unfortunate few die.

To me, New Years Eve seems like a holiday where everyone could really care less except that they feel this pressure to force themselves to go have the most fabulous night of the year. Why bother? Consider skipping going out altogether. Its an expensive, messy, crowded, and over rated night that is sure to dissappoint. How about staying home and starting your own tradition? One year we had a fabulous “New Years Eve” party where we mockingly declared Midnight to be at 9pm, it was our most fun party ever. Or just invite friends over and watch a movie. Better yet, stay home and make your fitness plan for 2013.

Am I the only one who thinks New Years Eve is over-rated? What are YOU doing for new years eve????? 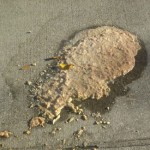 Drinking so much that you throw up is NOT funny.