Staying fully hydrated is essential to maximizing strength and endurance, fully hydrated you are up to 19% stronger. Many people seem to be afraid of water intoxication because of less than a handful of hyped media reports like the woman who died in a water drinking contest trying to win a Nintendo or the college student in Chico California who died in a pledge hazing incident from drinking too much water. Do you see a trend here? Stupidity can kill, even with just plain water. Am I dismissing this as not a problem? Certainly not! As an athlete you can die from too much water but its really hard to do and common sense precautions prevent it. Very tragically, marathon runner David Rogers, a very fit 22 year old fitness instructor died after the London Marathon from drinking too much water after a race most likely because of record temperatures (27c) and the unforgivable fact that the race organizers ran out of water along the course.

Anyway, preventing water intoxication is pretty easy. If you want to get technical, these deaths were probably not caused by too much water but too little salt. What happens, as perhaps did to the marathoner above, is that they run for hours and sweat out salt – up to 3 grams salt per hour if you are REALLY sweating. If the athlete replaces that salty water with pure water RAPIDLY it can cause death because the body is quite sensitive to salt levels and changing them quickly causes problems. Rapid changes of the saltiness of the blood is the problem, not the water. If the above people had drank the water slower or had eaten food with the water they would still be with us. Had these folks chugged gatorade or tap water with salt in it they would still be with us. I know of no known cases of people dying from drinking too much gatorade (gatorade = water + sugar + salt) although I am sure that is possible too.

What I do. I rarely drink gatorade and I do a lot of endurance events like the half Ironmans where I sweat a LOT. I make sure that my pre workout diet contains a lot of salt. Before the event I make sure I am fully hydrated. All topped off with salt from my food and water I start the event. During the race I make sure to constantly eat and drink including salty MRBs and snacks. Its always my goal to arrive at the finish line neither thirsty nor hungry. Spreading out the drinking over 4 hours and coupling it with eating is a lot healthier and safer then running 4 hours nonstop then drinking like a fish at the end of the race to catch up. If you are still scared about drinking too much water, its simple, just drink the salty sports beverages rather than water if you are sweating a lot!.

Again, let me reiterate that if you are an athlete the simplest thing you can do to increase your endurance and your strength is to stay fully hydrated! Dont give up this easy performance boost by a handful of sensationalized media reports of water death. 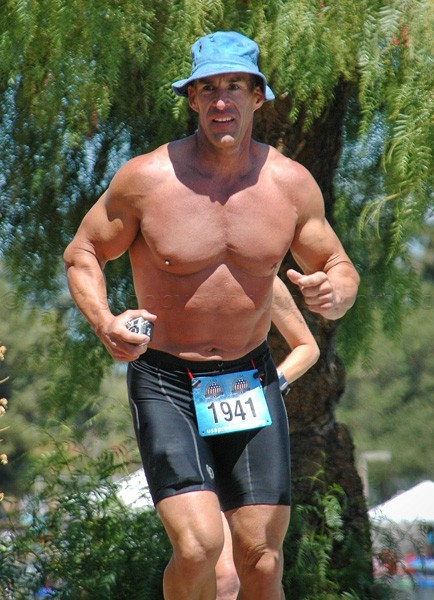